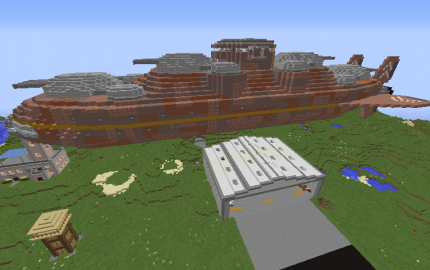 Overview:
The Stormcloud class battleship is a series of full-size capital
ship designed and manufactured by Gamebreaker Automations.

The Stormcloud is currently offered in woodland, arctic, urban, and
desert color schemes as well as its unpainted base color plan.


Protection:
The Stormcould class's main armor belt is tripple-layered. The
outermost layer can be changed based on the user's requirements.
This is immediately followed by a layer of internal iron bar framing
used for absorbing the shock of explosions, and then a final
internal layer of SLAB-type armor plating.

The view ports on all parts of the ship (with the exception of the
tower) are built to tripple thickness with a layer of metal mesh
inbetween to act as a form of spall lining.