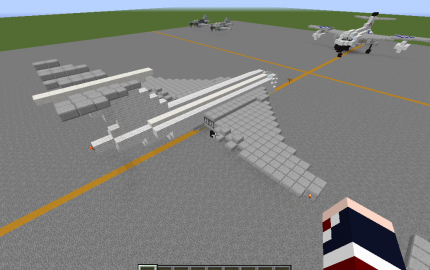 Here is a template you can use if you want to paint it in your own colours! :)
This model comes with functional bomb doors and an interior.
It is built with a scale of 1m = 1 block just like my other aircraft.