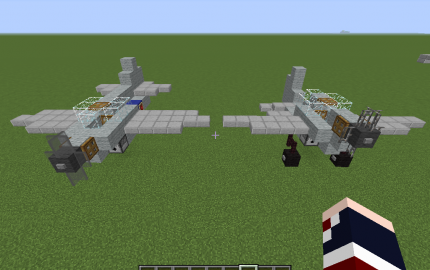 The Supermarine Spitfire is a British single-seat fighter aircraft that was used by the Royal Air Force and many other Allied countries during and after the Second World War.

This is the prototype aircraft and i made it to celebrate my new username! xD

Just to let you know, i am rubbish at taildragger aircraft on the ground xD I think it looks awful!
Anyway, i really think wool slabs would be a good idea because then i could make a camo spitfire!