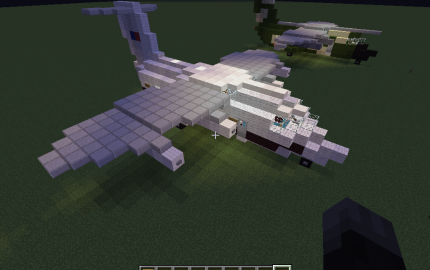 The BAe 146-200 is a high-wing cantilever monoplane with a T-tail. It has four turbofan engines mounted on pylons underneath the wings, and has retractable tricycle landing gear. The aircraft has very quiet operation, and has been marketed under the name Whisperjet. It sees wide usage at small city-based airports. In its primary role it serves as a regional jet, short-haul airliner or regional airliner.

This BAE is operated by the Royal Air Force to transport the Royal Family (although they usually use chartered BA flights).
It is the closest thing Britain has to an Air force one.