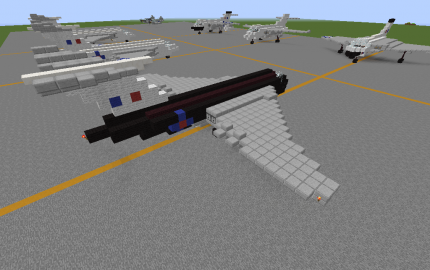 This is the smart black livery of the prototype Victor as she appeared at the farnborough air show.
This model comes with functional bomb doors and an interior.
It is built with a scale of 1m = 1 block just like my other aircraft.