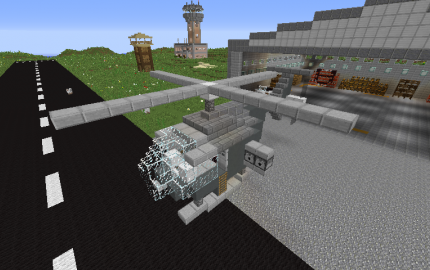 A fully-functional, realistically scaled replica of the AH-6 Little Bird.

The AH-6 is a light attack and scouting helicopter developed from the MH-6 and MD500 series of light helicopters during the 1960's and introduced during the 1980's. It is used mostly by special forces for observation, extraction, forward air control, and light air support.

In addition to equipping a selection of automatic weapons, rocket pods and missiles, it is also capable of carrying as many as 6 externally-seated passengers as additional payload.

This version is armed with 4 pulser-driven Fireball HMGs.

Place on runways, in mid-air or over urban areas for best effect.