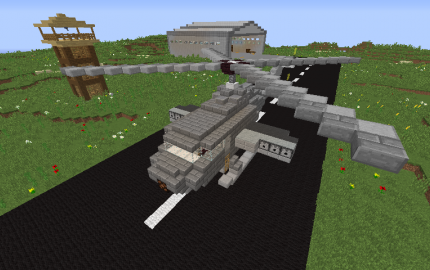 The UH-1 is a family of utility helicopters manufactured from 1956 to 1986, following a request in 1952 by the US for general-purpose medical and evacuation helicopter.

The first prototype was built in 1956 and mass production began in 1960. Its first and most prominent use was the Vietnam War, where it served as a medivac vehicle, gunship, troop transport, and reconnaissance vehicle.

This version is armed with 6 pulser-driven Fireball HMGs.

Place on runways, in mid-air or over jungles for best effect.