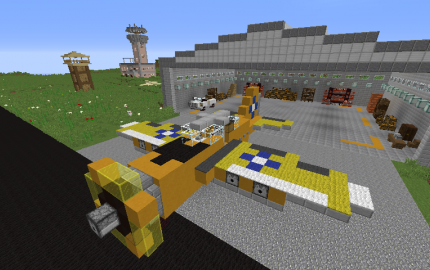 The P-39 was a fighter designed by Bell Aircraft from the US during 1938. It carried many features that were new and innovative at its time, among these included the tricycle landing gear, middle placement engine, and its gun that fire through the propeller hub. It was Bell's most successful aircraft, having been used by the US, Russia, Britain, and France.

This version is armed with 5 Fireball machineguns, 2 in each wing, and one in the prop hub.

Place in mid-air or on airfields for best effect.