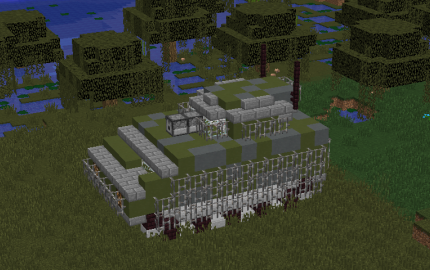 The M113 is light APC / IFV designed by Food Machine Corp from the US. It was designed in 1960 and first fielded in 1962. It is air-transportable and semi-amphibious due to its lightweight aluminium construction. Its armament varies according to its use, known weapons include machineguns, autocannons, grenade launchers, and missile launchers. With over 80,000 units of all variants built and used by over 50 countries to the present, the M113 is the most widely used armored fighting vehicle of its type to date.

This version is armed with a single automatic Fireball autocannon fed through a dropper. The vehicle also contains three sets of armor and supplies. The weapon can be safely loaded from the inside of the vehicle.