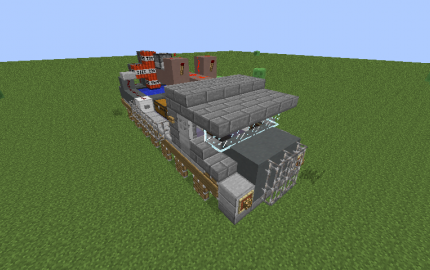 This compact anti-mob vehicle was developed in mid-2012 as a response to the ever-present annoyance of Slimes and other unwanted mobs in Superflat worlds. One prototype of the weapon was produced with another variant, and was later mounted onto a mobile platform. It passed trials successfully in early 2013 but was never mass-produced.