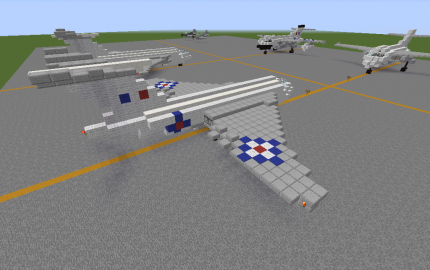 This model is painted in the Royal Air force's Nuclear flash white scheme.
This model comes with functional bomb doors and an interior.
It is built with a scale of 1m = 1 block just like my other aircraft.