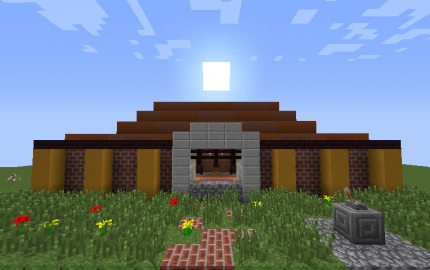 Get set for some nostalgia!

Southern Shrine from the Ancient Ruins area of Koholint Island. Otherwise known as Face Shrine, the precursor to the sixth dungeon from Link's Awakening.

This schematic is fairly large, but somewhat downscaled from the in-game counterpart as it has only two rooms instead of three. The room where the player fights the Giant Armos is not built here due to space limitations.

When importing into your world, place this structure NINE (9) blocks into the ground.