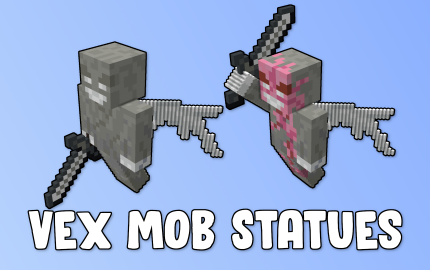 I made some Vex Mob Statues at both a 1 pixel : 1 block and a 1 pixel : 2 blocks scale. The 1:2 scale is the one I usually build my mob statues at. The 1:1 scale statues go better with my Evoker Mob Statues.
I created statues for both mob variants (normal and charging) for a total of four statues.

I know that the in-game mob has a blueish gray color that can be recreated pretty well with the clay block. The problem is, that I wasn't able to mix the clay with other blocks for a nice color gradient. And I didn't want to end up with statues almost exclusively made out of clay without any texture to them. So I decided to make the statues completely gray. It's not as accurate as I wanted it, but I think the gray vex kind of "make sense" visually. Hope you like them!

You can find schematics for LiteMatica and WorldEdit as well as a world with all statues in the download.
Feel free to download and use the statues however you like, but please give credit if you do :)

Check out my Mob Statue Collection for more builds like this! 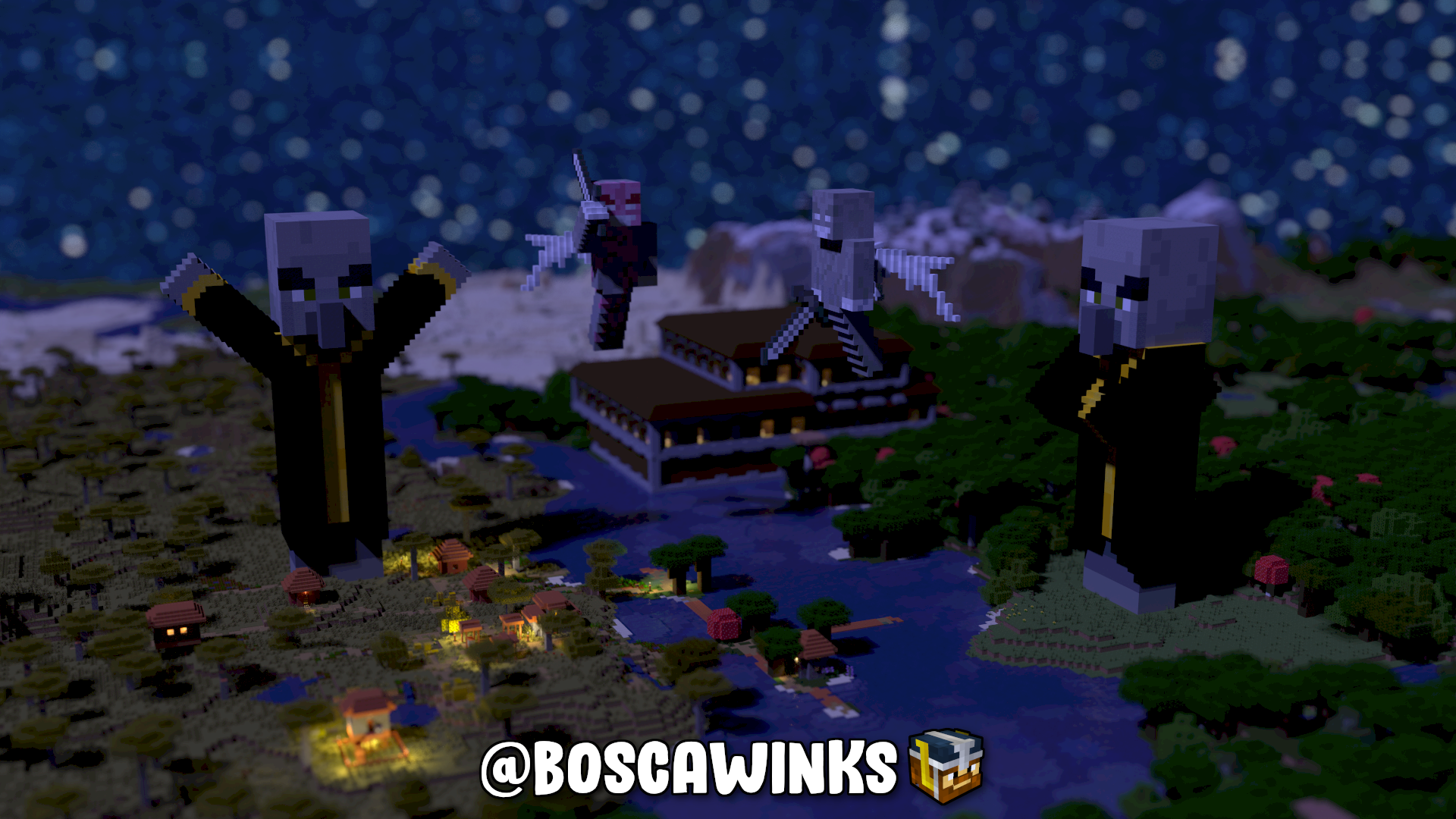