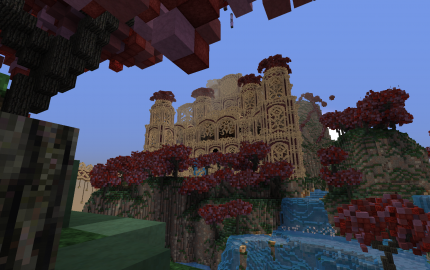 The Alcazar Of Ethaerith was built in a large glade of a mighty forest and is truly an evergrowing urban phenomenon. Its appearance is matched by the backdrop of a smoldering volcano which have helped shape the landscape in which the city is build.
The climate these volcanoes brought were of great importance, but they were also influential when it came to architectural designs as the vast majority of buildings have been built with Sandstone rocks and similar looking materials.