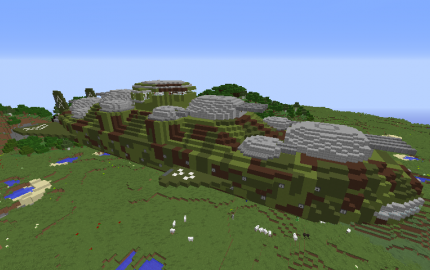 Overview:
The Stormcloud class battleship is a series of full-size capital
ship designed and manufactured by GameBreaker Automations.

The 1A Refit adds improved protection, slight model changes, a new color
scheme, and corrected rewiring of the weapon systems.

The Stormcloud is currently offered in woodland, arctic, urban, and
desert color schemes.

A new naval color scheme has since been added to the lineup. The
ship however is still not submersible as it is not a true "naval" ship.

The model has also been updated to include mid-body canards to improve mobility.


Protection:
The Stormcould class's main armor belt is triple-layered. The
outermost layer can be changed based on the user's requirements.
This is immediately followed by a layer of internal iron bar framing
used for absorbing the shock of explosions, and then a final
internal layer of SLAB-type armor plating.

The view ports on all parts of the ship (with the exception of the
tower) are built to triple thickness with a layer of metal mesh
inbetween to act as a form of spall lining.