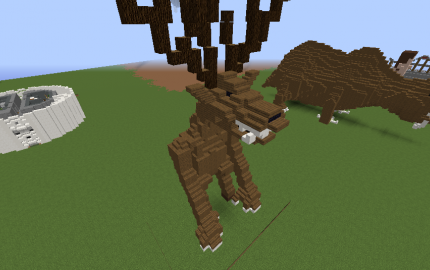 Mythological spirits from a Native American origin, Windigos are the evil man-eating giants believed to originated in Anishinabe mythology. Windigos play the roles of monsters and bogeymen in some legends; in others, Chippewa people who commit sins (especially selfishness, gluttony, or cannibalism) are turned into a Windigo as punishment. The apperance of a windigo is huge, monstrous, and made of or coated in ice, but the human it once was is still frozen inside the monster where its heart should be, and must be killed to defeat the windigo. In a few legends a human has been successfully rescued from the heart of a windigo, but usually once a person has been possessed by a windigo spirit, the only escape is death.