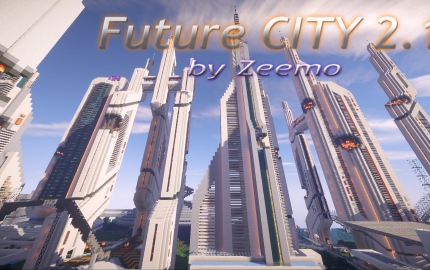 ﻿The seventh month of the year 2176, 15 years after the war between the Exiles and Natives, drought prevails and lasts on the entire planet since 3 months. Crop failures are increasing and all people are running out of food. The tensions are felt among tribes from every nation, from all races and from all backgrounds.The eighth month of the year will be marked by an unexpected attack on the city of the Exiles by the NSF : Natives Space Forces.

At night, the Natives attack the city. Almost all buildings are affected and flames illuminate the city in an unforgettable glow. One spaceship was enough.
Just only one!

2 maps in one package : before attack and after attack maps