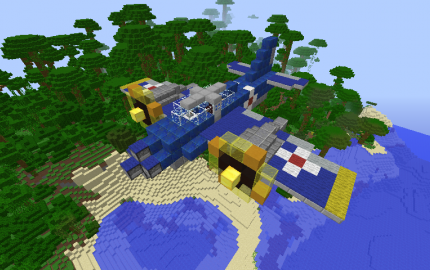 A fully functional and realistically scaled replica of the American made Grumman F7F.

The Grumman F7F was a carrier-capable twin engined fighter aircraft developed toward the end of World War 2. It was intended for use by the US Navy's Midway-class Aircraft Carriers but did not see service until the Korean War.

This schematic is armed with 5 automatic Fireball HMGs, the middle one is fed through a Dropper, allowing for a doubled capacity for the central gun.

Place on runways, aircraft carriers, or in mid-air for best effect.