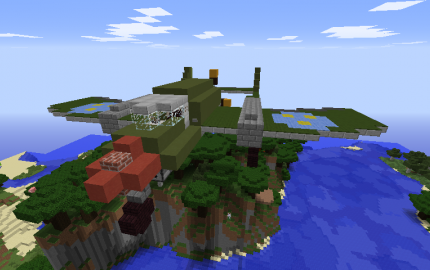 An attempted replica of the Saab 21 from Sweden. It was designed and built in mid 1943 but used only towards the end of 1945 by which the war had ended. Its build was unique, using a twin-boom pusher prop configuration.

Note: Dispensers and Stair blocks may rotate incorrectly if the schematic is rotated or mirrored.

Place on runways or in mid air for best effect.