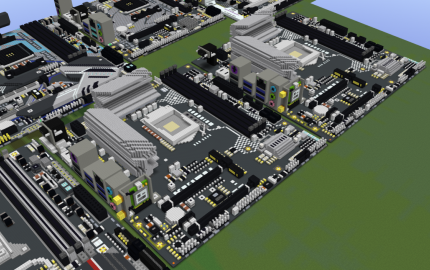 Whew... Took me 1.5 hrs to complete the voxel art rendering of BIOSTAR's recently released motherboard named B560MX-E PRO. I just caught whiff on the two new boards no more than 1 hour and 10 minutes before midnight, and I was done creating the two around an hour past midnight as I was excited by its arrival.

NOTE: Of the two boards being shown, ONLY the left one being rendered is available as a schematic file to be downloaded as the right one is basically the same but with one feature on the rear I/O being cut, so it is rather pointless to add it as well.

Thank you, and have a good day and stay safe, everyone! :)