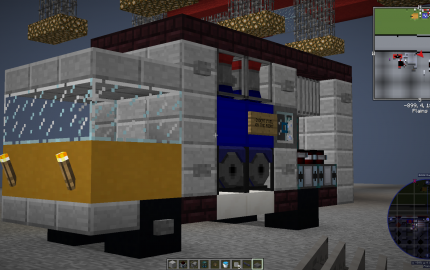 IMPROTANT NOTE: Requires PneumaticCraft and Thermal Series mod. It was taken in 1.12.2.

To begin with, it is basically a truck as an electric/pneumatic generator vehicle with four compression dynamos and four advanced liquid compressors. However, to cool these advanced liquid compressors even during the intense use, each of them are equipped with a compressed iron block with a vortex tube, each powered by two creative compressors (for governing BOTH four vortex tubes) being supplied with 20.0 bars (the maximum that the vortex can hold without exploding). Also placed above the area where you put fluxducts on the dynamos, there are five air grates (each with a heatsink) that releases air from the creative compressor., Lastly, there are two resonant portable tanks for holding excess fuel if you want to hold more fuel for future consumption by dynamos and compressors.

To power both of the compression dynamos and advanced liquid compressors, there are two liquid hoppers for you to do so. However, you MUST use a refined fuel, LPG or compatible equivalents to do so. After the two portable tanks are filled (preferably to the max, for optimal results), you need to toggle the crescent hammer on these tanks for them to drain its contents to the dynamos and compressors. Note that all of the compressors (excluding the dynamos) are given with Security Upgrade module for pressure overload protection, along with 3x Speed Upgrade module for more air (you can augment it if you want). In case you filled the wrong liquid, you need to copy the empty tank beforehand as a backup.

Well, there is a generator truck when you need one. :) 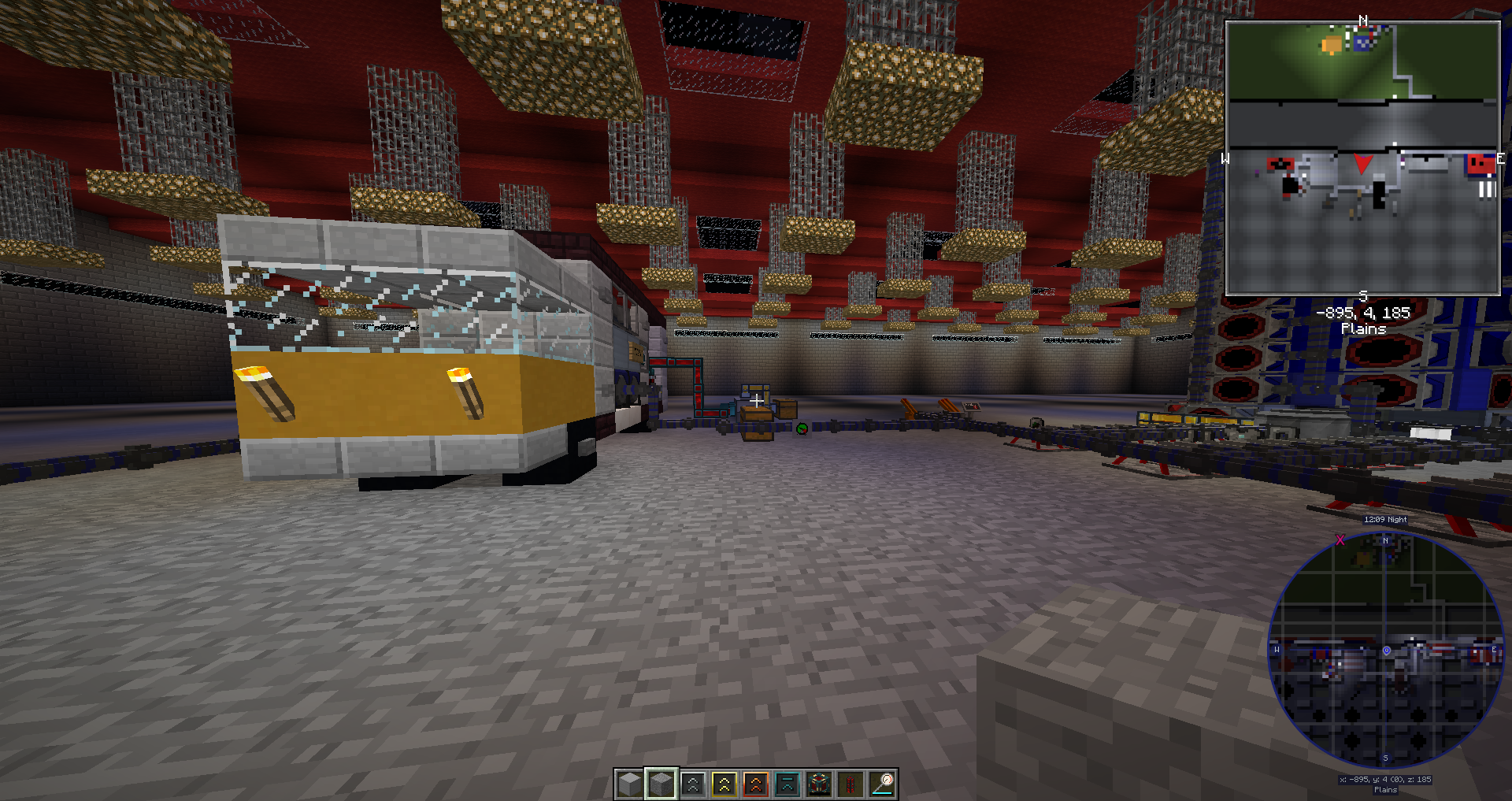 Thank you, and have a nice day and stay safe! Cheers! ^_^