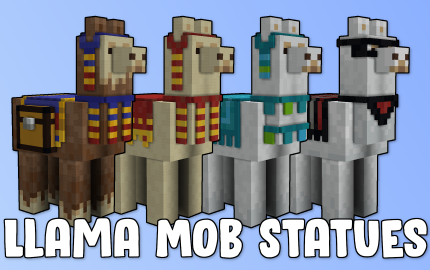 As my biggest mob statue project so far, I built Llama Mob Statues of all four variants at a 1 pixel : 2 block scale.
(The white and gray llama statue look very similar, but the mobs also look close to one another in the game. Combined with the limitations of the block palette, I ended up with two statues with only small differences. I thought about making a distinct, darker gray llama but ultimately chose to keep the colors somewhat true to the game.)

In addition to the llama statues, I also built the 16 different carpet decorations, the trader llama decoration, and the set of chests. Schematics for all of those are included in the download and have the same dimensions so that they can be combined easily.

There are a total of 144 possible combinations that can be created. I included all of those pre-assembled in a single Minecraft world for you to pick and chose: 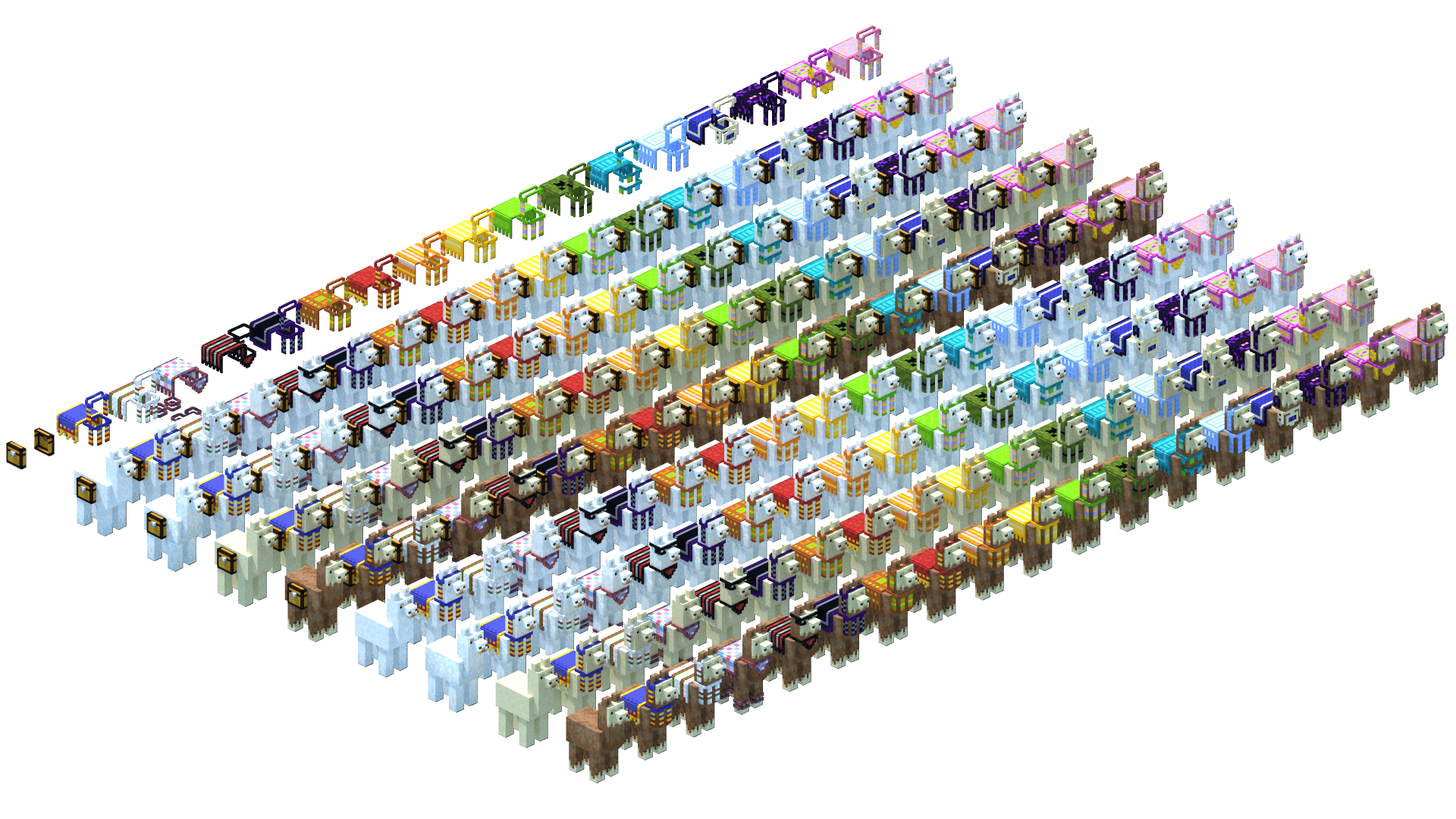 Feel free to download and use the statues however you like, but please give credit if you do :)

Check out my Mob Statue Collection for more builds like this! 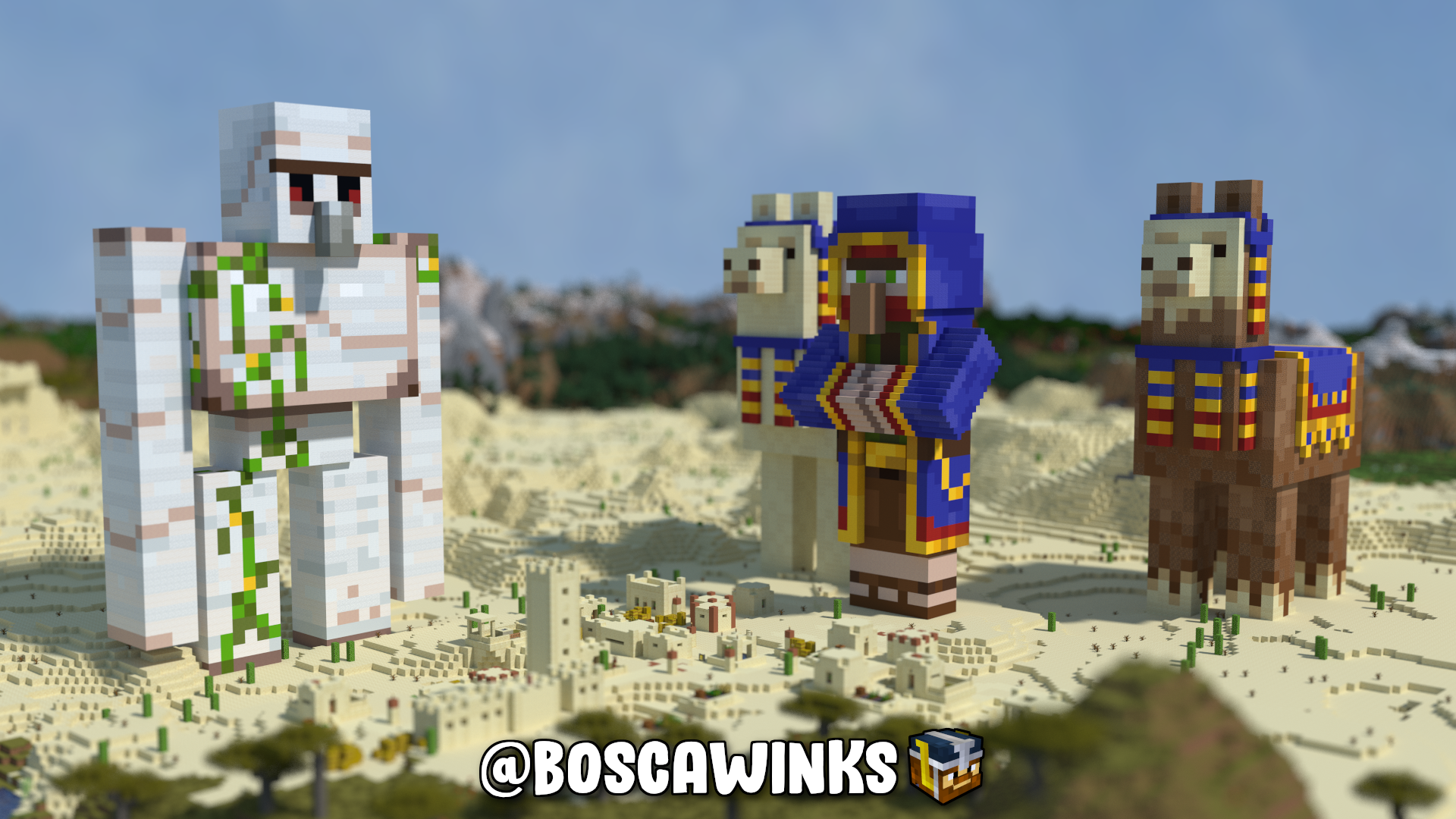