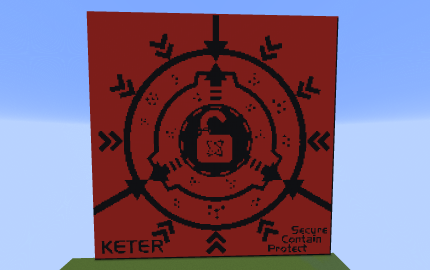 Secure Contain Protect
Object class - Keter
The Keter class is assigned to those objects that show a clear and active hostility towards human life, civilization and / or space-time and are capable of causing significant damage if the conditions of detention are violated. Such facilities should be cataloged, maintained in accordance with the special conditions of containment and, if possible, destroyed.

Hostility in itself towards human life is not a reason for assigning the object to the Keter class. The Keter class shows that an object is not only capable and trying to harm human life and civilization, but also that extensive and complex content protocols are necessary to prevent the impact of the object, which must be followed exactly. Research in the field of neutralization of Keter-class facilities always has the highest priority for the Foundation.

Cases when objects of the Keter class are received for maintenance instead of being neutralized by Foundation employees are rare. They can be divided into three main categories. Firstly, a number of objects cannot be physically destroyed due to obvious invulnerability or similar reasons. Secondly, there is a certain class of “Keter”, which are of great tactical importance for the Fund. Thirdly, there are a number of facilities whose neutralization threatens to do more harm to humanity than maintaining it in its current form.

The Fund managed to channel the abilities of some objects of the Keter class into a peaceful direction, but such situations are rare exceptions. For example, SCP-076 agreed to work with the Foundation only because of its unusual relationship with agent [REDACTED] and the facility’s ability to communicate with us, but even this did not last long. Most Keters are inanimate objects, and many of them are inanimate. This status may change in the course of further research and discoveries.