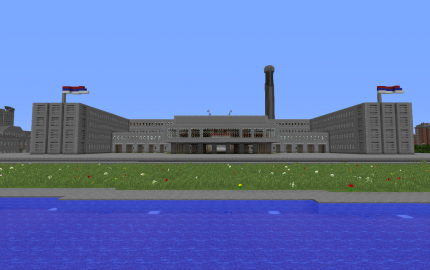 Savezno Izvrsno Veće (SIV), or the Federal Executive Council, was the political meeting point for the six nations of the Socialist Federal Republic of Yugoslavia. It's name changed to the Palace of the Federation after the disintegration of SFR Yugoslavia, and today, it is called the Palace of Serbia

This schematica is a replica of that building, with the interior made - but the interior is not identical to the real life interior, it was built freely. It contains office rooms, conference rooms, assemblies, and more.

Others creations from beograd33