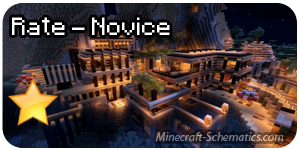 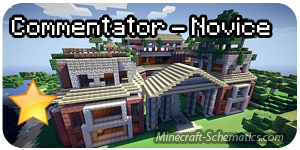 I second the awesome!

My eleven year old wanted to build Tony Stark's mansion from scratch, but I managed to persuade him to use this schematic instead -- thank you for the parental save on that one, LOL.
He has spent that last two days making his own modifications. It now even has a giant pink bunny to honor the bunny from the Iron Man 3 movie. :D

To anyone who wants to add this to your MC world be warned this is definitely a large schematic which has a chunk of sea included so when you paste it I suggest you be 15 blocks or more below sea level (or ground level).

BTW, my son asked me to tell everyone when the paste started to render on our MC world server his avatar was blasted backwards -- he was standing in the wrong place at the time. :o)